Architect Ralph Rapson, designer of Guthrie Theater, Cedar-Riverside towers and other Twin Cities and U.S. buildings. -- Minneaplis architect Ralph Rapson stands in the attic of his Tower Hill Park home, where he stores many of the multitude of architectural drawings he has completed through the years. Designer of the Guthrie Theater, Cedar-Riverside towers and many other buildings in the Twin Cities and elsewhere in the United States, Rapson was also the longtime dean of the University of Minnesota School of Architecture. He is considered by many to be one of the best architects of his generation and was offered positions at other universities such as Princeton and Columbia throughout his career, but chose to stay in the midwest. 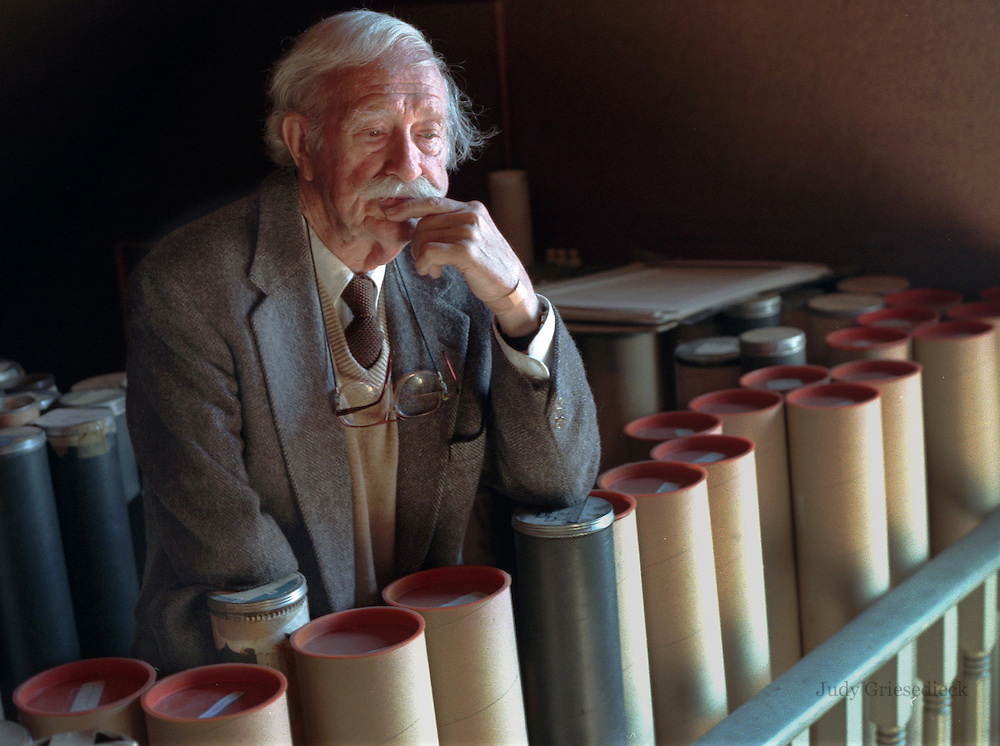